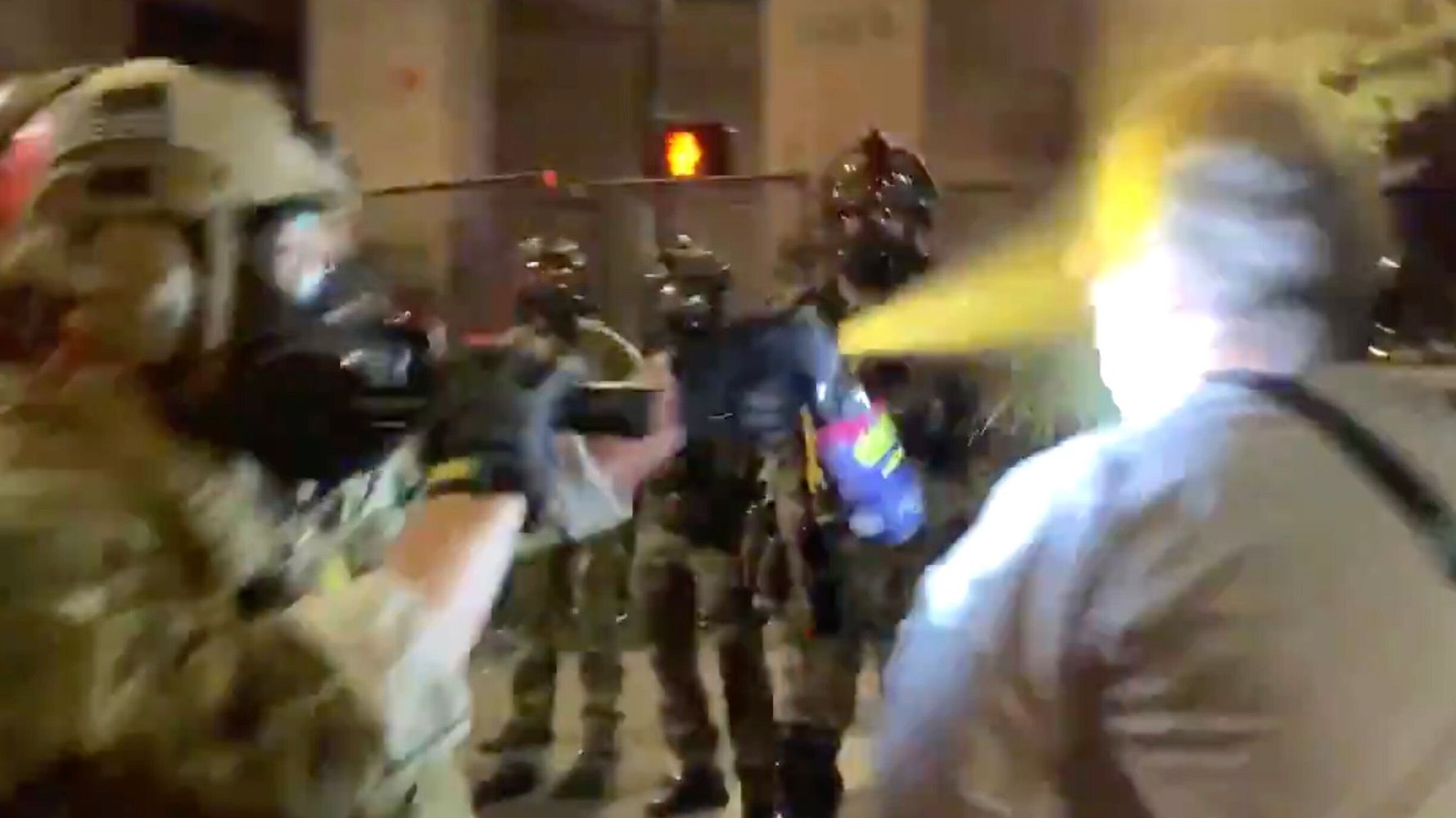 A Vietnam veteran shouting at a line of federal law enforcement agents in Portland, Oregon was sprayed in the face during the ongoing protests in the city.

President Donald Trump sent the federal agents to Portland, claiming protesters there were “anarchists who hate our Country.” But footage from the incident showed former Army medic Mike Hastie presenting no threat; he was just speaking his mind in the street when an unidentified fatigue-clad agent sprayed him in the face with what appeared to be pepper spray or a similar substance.

The scene, captured on video by journalist Andrew Kimmel, showed a federal agent holding the canister just inches from Hastie’s face, then shoving him out of the way:

Feds pepper sprayed this Vietnam Veteran/photographer right in the face. His name is Mike Hastie. He was an Army medic. #PortlandProtests pic.twitter.com/CLZwKvuTxH

Another photographer on the scene said Hastie “was incapacitated for a good amount of time and needed several flushes of water before he could start walking.”

Veterans for Peace said Hastie was a member of their organization and a lifelong activist, and urged federal forces to #StandDown:

VFP member Mike Hastie speaking out against the history of unjust and unlawful orders. #Standdown https://t.co/o2JK0oRkhF

This is NOT how we should treat our veterans.

Portland is among a number of cities where protesters have been demonstrating against police violence on Black people since the May 25 killing of George Floyd by police in Minneapolis.

Trump has responded to the demonstrations by attacking the protesters, calling them “radical-left criminals” and ordering federal agents to restore peace while dressed in combat gear. The president has also threatened to send up to 75,000 agents to other cities.

Last week, more than two dozen Democrats in the Senate sent Trump a letter demanding answers about his decision to send federal agents to squash protests in Portland.

“Critically, it remains unclear what legal authorities the federal government has invoked for its militarized interventions in American cities,” the letter noted.