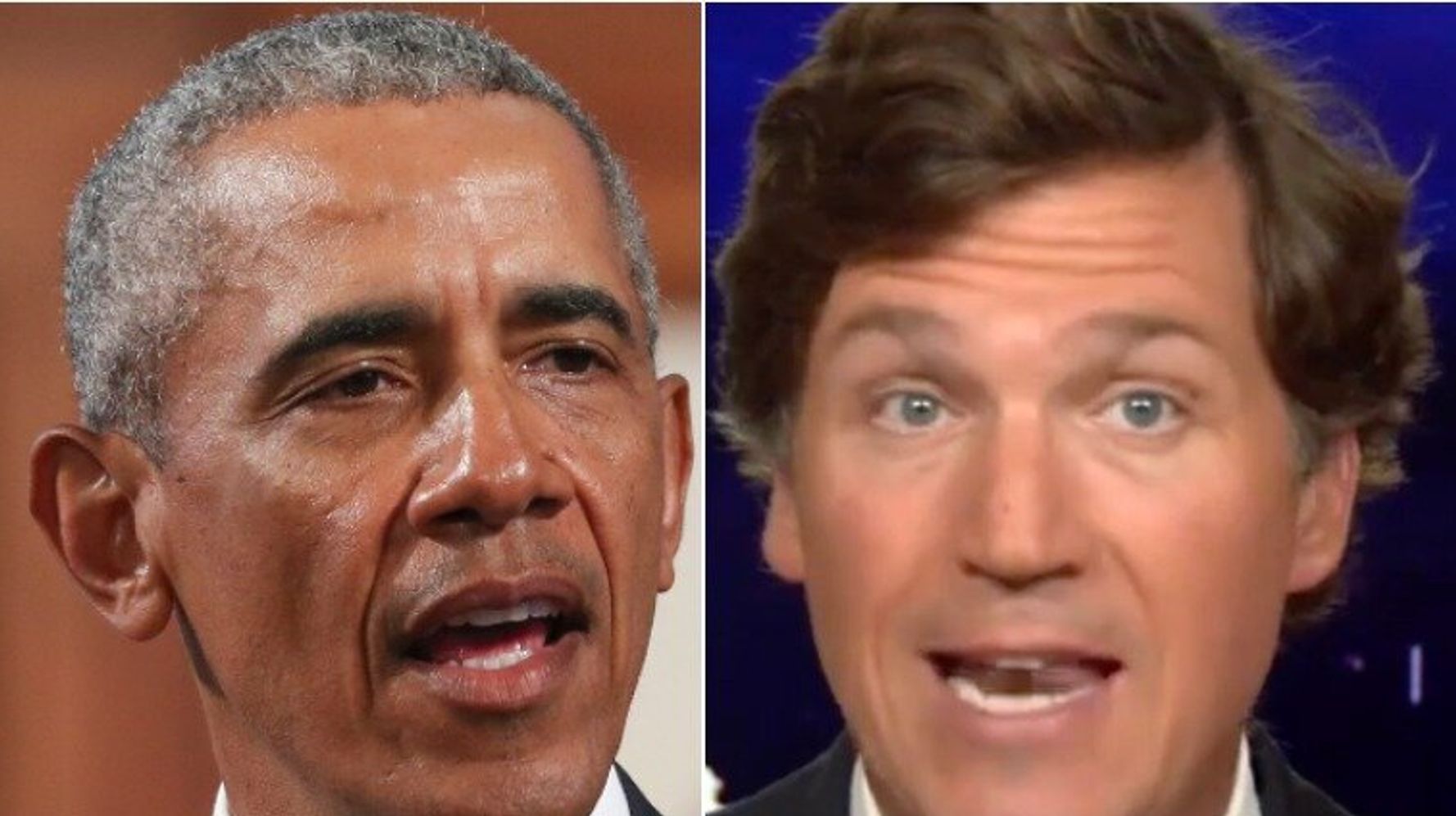 Carlson began by attacking the Black Lives Matter movement and telling viewers that the “professional left” is “not like you at all.”

“Their first instinct is to manipulate rather than persuade. They hide their real beliefs,” he said. “They say precisely the opposite of what they mean every time. They accuse you of the crimes they themselves are committing.”

He said they “don’t believe in the existence of truth,” and he used Obama’s speech at Ebenezer Baptist Church in Atlanta as “evidence.”

Obama, in his eulogy to his friend and idol, said the best way to honor Lewis would be action on voting rights, one of the Democratic congressman’s core issues and a cause he risked his life to advance.

“If you want to honor John, let’s honor him by revitalizing the law that he was willing to die for,” Obama said. He also called for an end to gerrymandering, often done to disenfranchise Black voters, as well as the filibuster, which he called a Jim Crow-era relic.

“It’s hard to believe that clip is real, but it is, down to the cloying fake accent, Mr. Hawaii Guy,” Carlson said, adding:

“Imagine if some greasy politician showed up at your loved one’s funeral and started throwing around stupid partisan talking points about Senate procedure. Can you imagine that? You would be shocked if that happened. You’d probably walk out. Desecrating a funeral with campaign slogans? What kind of person would do that?”

See more of his comments below: