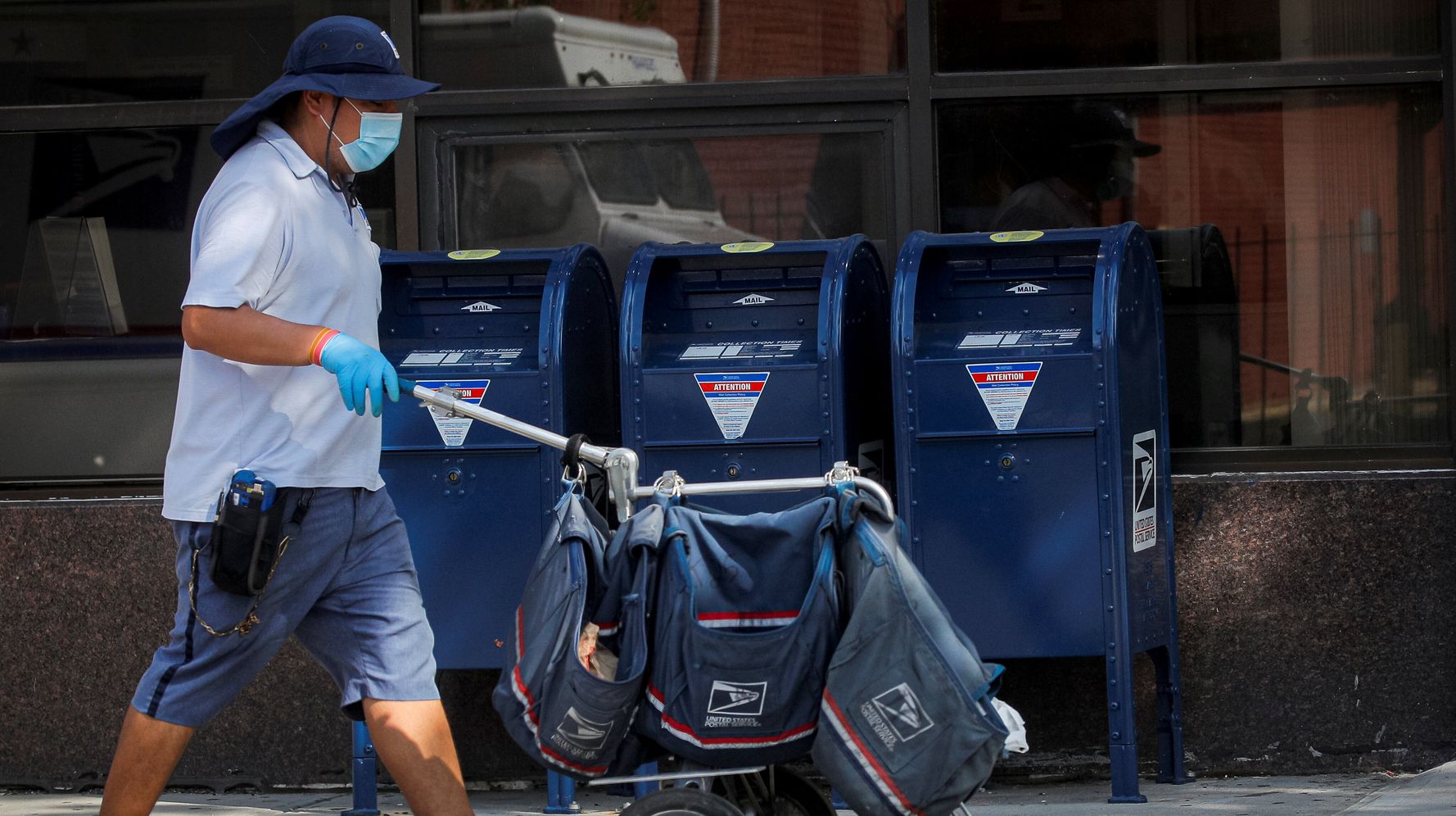 President Donald Trump’s selection for a key Postal Service position, Robert M. Duncan, once had a very different job: steering the Republican Party while it undertook some of its most brazen voter suppression schemes.

Duncan is now the chair of the Postal Service board of governors, but he previously served as general counsel and then chair of the Republican National Committee from 2002 to 2009, a time when the committee and its state counterparts oversaw an unprecedented escalation of voter disenfranchisement efforts in swing states.

From 2004 to 2006, when Duncan was the committee’s general counsel, party officials challenged the eligibility of at least 77,000 voters, a 2007 report by the nonpartisan group Project Vote found.

As it happens, one of the party’s favored tactics relied on the U.S. mail. In 2004, Republicans in Ohio, Florida and Pennsylvania sent thousands of nonforwardable letters and postcards to select voters — particularly minority voters — and used the mail returned as undeliverable to come up with voter registration challenge lists.

Duncan’s history is the latest alarm bell for those fearful that Trump is attempting to undermine the U.S. Postal Service in order to win reelection.

The Postal Service group that Duncan has chaired since 2018, the board of governors, selected Louis DeJoy to be postmaster general after Trump’s treasury secretary, Steven Mnuchin, reportedly suggested him strongly. DeJoy is a Republican megadonor who has given money to Trump and has overseen what voting rights advocates and Democrats said is a mass disenfranchisement campaign against voters who plan to cast their ballots by mail.

It was Duncan who raised DeJoy’s name to Mnuchin as a possible candidate for the job, The New York Times reported Saturday.

A White House spokesperson did not respond to HuffPost’s request for comment from Mnuchin.

Roughly 80 million voters are expected to do so in the upcoming election, with supporters of Joe Biden planning to vote by mail at a much higher rate than supporters of Trump.

Trump has signaled that he’s blocking emergency Postal Service funding in order to thwart an election by mail: “They need that money in order to make the post office work so it can take all of these millions and millions of ballots,” Trump said on Aug. 13. “But if they don’t get those two items, that means you can’t have universal mail-in voting.”

DeJoy is the first postmaster general in decades with no prior agency experience. Since his May appointment, DeJoy has slashed overtime hours and ordered the removal of automated mail sorting machines.

The changes are causing unprecedented delays in mail deliveries, according to news reports.

The agency also warned dozens of states that it would not guarantee its past practice of giving high priority to mail-in ballots, meaning thousands of ballots could arrive at polling places too late to be counted.

In April, one of Duncan’s fellow Postal Service governors resigned from the board in protest, saying that the administration’s “ruinous” policies are intended to warp the mail into a “political tool.”

Accountable.Us, a progressive-leaning government watchdog group, on Monday called on Duncan to resign, given his history of leading the Republican National Committee while it oversaw a large effort to disenfranchise voters.

“Your history raises significant concerns about your commitment to ensuring free, fair and accessible voting,” the group said in a letter. “You have demonstrated that you do not have the requisite commitment to preserving our democracy and have no place serving on the USPS Board of Governors, let alone as its chairman, at this critical time.”

Accountable.us said that Duncan was a member of the Kentucky Republicans’ executive committee at a time when county Republicans dispatched poll watchers to predominantly minority neighborhoods.

A Postal Service spokesman did not respond to HuffPost’s request for comment from Duncan.

The practice the Republican National Committee perfected under Duncan is known as “voter caging.” In addition to using bulk-mailing campaigns, state Republican parties used software and dispatched poll watchers to neighborhoods where people of color are in the majority to compile lists of voters vulnerable to having their registrations challenged. Between 2004 and 2007, Republicans targeted voters in at least 11 states.

Duncan’s role in the voter caging operation is not clear. Some of the efforts were laundered through state Republican parties, presumably because a prior federal court ruling barred the committee from mounting most kinds of voter registration challenges. (That ruling was the result of an illegal voter-caging campaign the committee oversaw in the 1980s.)

Under Duncan, who rose from general counsel to Republican National Committee chair in 2007, the committee also challenged the court decision that blocked it from mounting voter registration challenges.

In 2006, the House Judiciary Committee subpoenaed Duncan for documents regarding the RNC’s role in President George W. Bush’s politically motivated firing of nine U.S. attorneys. At least three of the fired attorneys were dismissed in part because they refused to take up voter fraud cases compiled by Republicans, an inspector general’s report later found. One was replaced by a former Republican National Committee official who worked directly on the voter-caging effort.

The Bush administration said that executive privilege prohibited Duncan from answering the subpoena, and Duncan never did.

CORRECTION: A previous version of this article misidentified the attorneys in the 2006 firings as “attorneys general,” rather than U.S. attorneys.