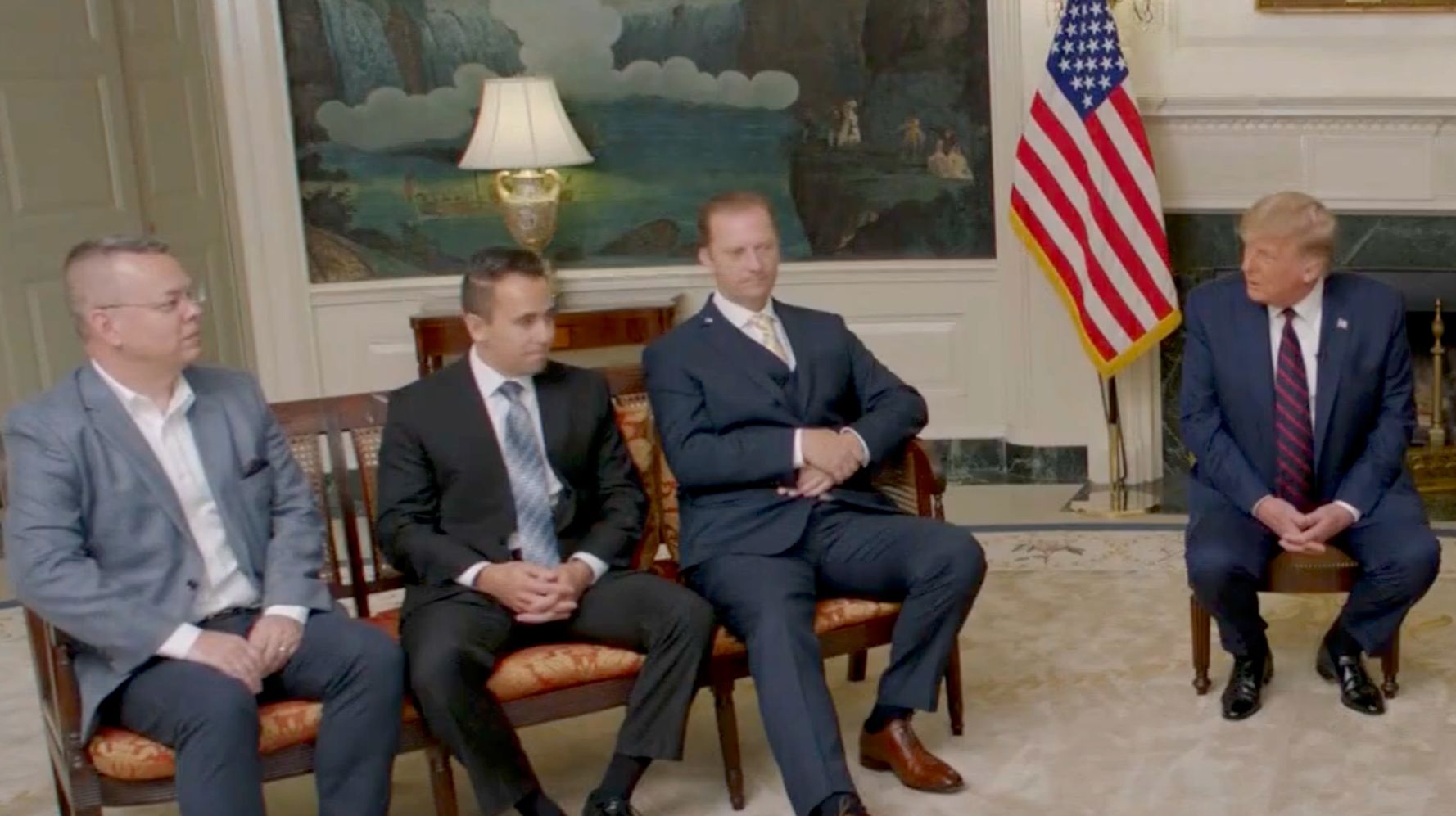 President Donald Trump hosted a roundtable with six former hostages during the first night of the Republican National Convention, at one point telling a pastor held in Turkey for two years that Turkish President Recep Tayyip Erdogan “was very good” despite the former hostage’s ordeal.

Trump made the comments to Andrew Brunson, an evangelical pastor from North Carolina, who was arrested in Turkey in 2016 on espionage and terrorism charges. U.S. officials had long accused Turkey of using Brunson as a political pawn alongside nearly two dozen other Turkish Americans who were arrested following a coup attempt. The White House levied tariffs and upped political pressure on the Erdogan government, and the pastor was ultimately released in 2018 after the Trump administration personally raised the case with Erdogan.

But despite Brunson’s detention, in the brief segment, Trump doubled down on his praise for the Turkish strongman, a regular theme of his administration.

“To me, President Erdogan was very good” — Trump to Pastor Brunson, who was imprisoned by Erdogan’s regime pic.twitter.com/1NmyU1tGOo

Throughout his time in office, Trump has called Erdogan a “great ally,” a “strong man” and said he’s a “big fan” of the man despite criticism over the Turkish leader’s efforts to silence critics.

“We have six incredible people who were held hostage by various countries, and I am very pleased to let everyone know that we brought back over 50 hostages from 22 different countries, we worked very hard on it,” Trump said in the segment before turning to Brunson.

“We had to get you back,” he continued. “I have to say, to me, President Erdogan was very good. I know they had you scheduled for a long time and you were a very innocent person, and he ultimately after we had a few conversations, he agreed.”

It’s unusual for a sitting U.S. president to tout their efforts to secure the release of hostages for political purposes, and equally remarkable to do so during a party convention from the White House.

Brunson said he was grateful to the Trump administration for its efforts to bring him home, telling the president he thought “if you hadn’t done that, I think I would still be in Turkey.”

“I was held in Turkey for two years, and you took unprecedented steps actually to secure my release, and your administration really fought for me,” the pastor said. “I’m really grateful.”