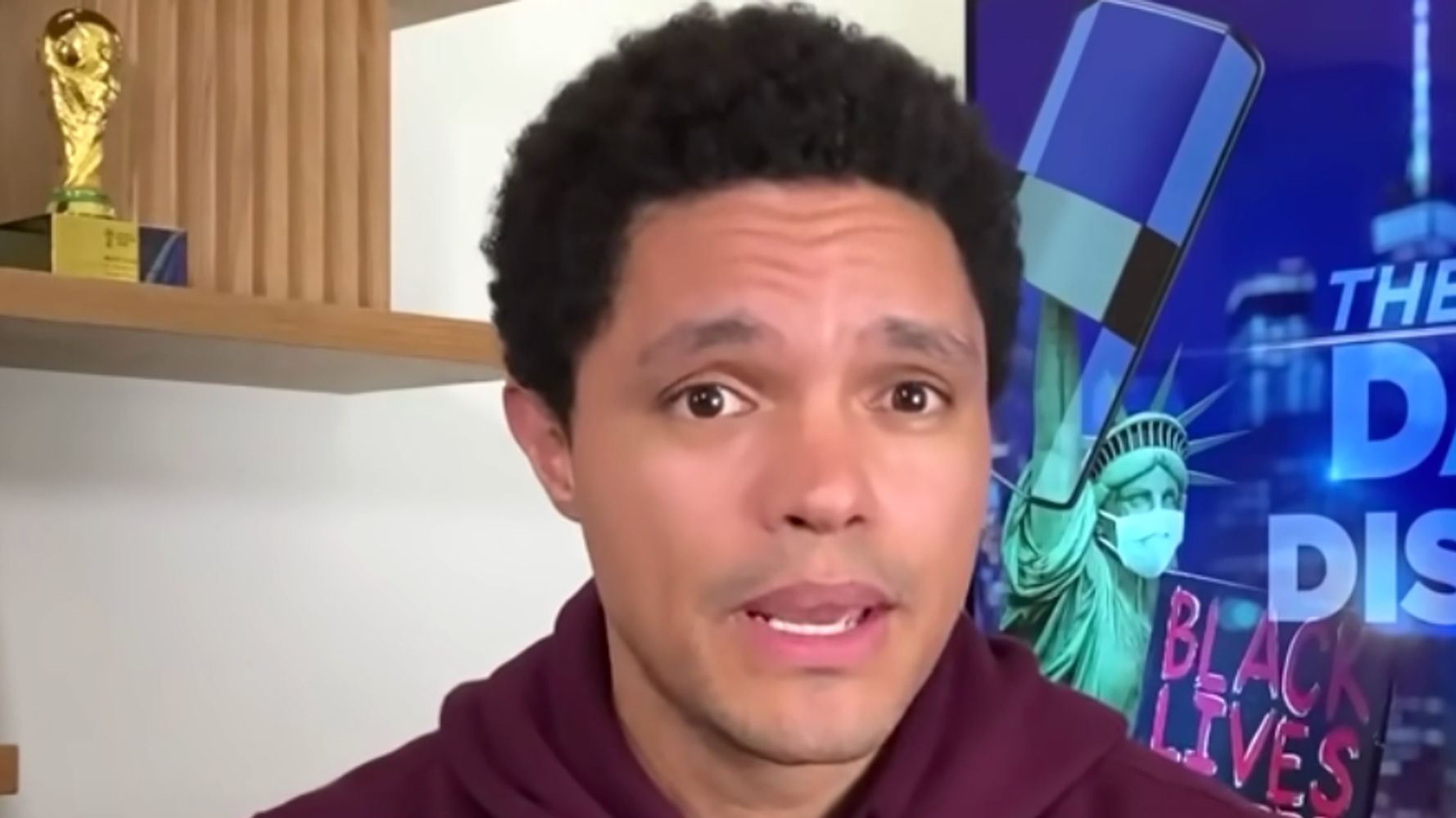 Trevor Noah highlighted what he called the most unbelievable component of QAnon on Monday night as he broke down the convoluted and baseless fringe conspiracy theory for his viewers.

“The Daily Show” host explained some of the beliefs that QAnon followers espouse, including the seemingly central claim that President Donald Trump is involved in a covert takedown of a “deep state” cabal of liberal and Hollywood elites who worship Satan and traffic children for sex.

Last week, Trump horrified commentators when he refused to distance himself from QAnon. Trump told reporters he appreciates QAnon supporters because “they like me very much” and said he’d heard that “these are people that love our country.”

QAnon, which the FBI has identified as a potential domestic terrorism threat, and its followers have been linked to violent incidents, including kidnappings and murder.

“Look, I believe a lot of crazy shit,” Noah said. “I believe that TSA confiscates all our lotion in order to secretly sell it back to us at Walgreens. I believe possums are just dogs without makeup. I believe no one has actually ever broken up with me, they’ve just all been abducted by aliens. But this conspiracy theory is crazy even for conspiracy theories.”

Noah then noted what he called “the most unbelievable thing I have ever heard.”

“Set aside everything else. You’re telling me Trump is doing something heroic, but instead of taking credit for it, he’s keeping it a secret?” Noah asked.

Check out his breakdown of QAnon on “The Daily Show” below:

What is QAnon? If you don’t know, now you know: pic.twitter.com/beLTmBukSg