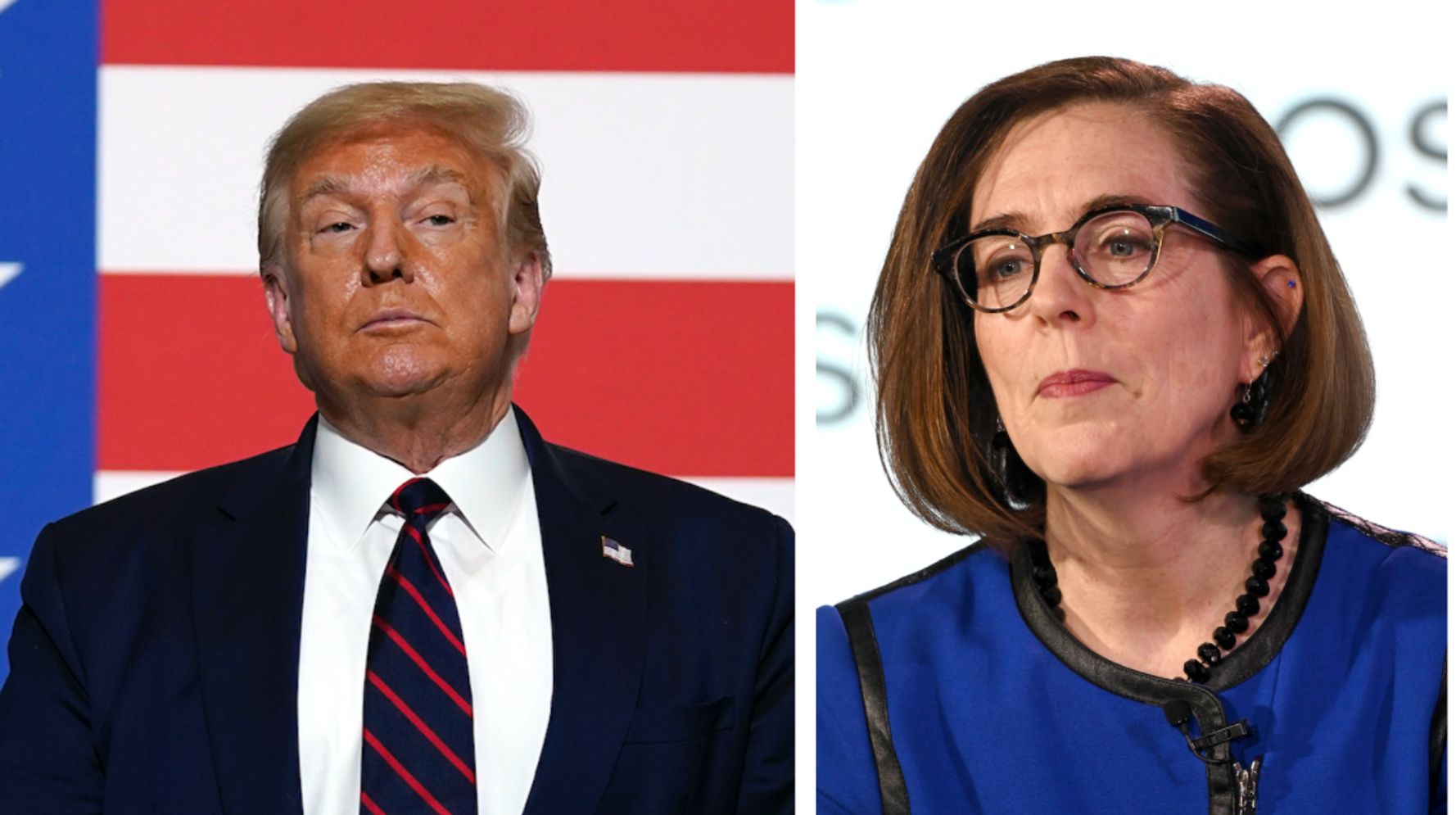 Oregon Gov. Kate Brown and President Donald Trump both refused to back down over whether federal force is appropriate at the ongoing Black Lives Matter protests in Portland.

Trump tweeted at Brown on Thursday morning, accusing her of “not doing her job” as the demonstrations at federal buildings in downtown Portland continue.

He described the protesters as “Anarchists & Agitators” and threatened to continue using federal force in the state if she didn’t “clear out” and “arrest” protesters.

“If she can’t do it, the Federal Government will do it for her,” Trump said in a tweet. “We will not be leaving until there is safety!”

Pushing back on Trump’s threat, Brown responded: “I think we’ve had enough political grandstanding from DC.”

“The President’s plan to ‘dominate’ the streets of American cities has failed,” the governor tweeted. “And today, federal troops are preparing to leave downtown Portland. We will protect free speech and the right to protest peacefully.”

I think we’ve had enough political grandstanding from DC. The President’s plan to “dominate” the streets of American cities has failed. And today, federal troops are preparing to leave downtown Portland. We will protect free speech and the right to protest peacefully.

For two months, protesters have marched the streets of downtown Portland in response to the police killings of George Floyd and other unarmed Black civilians.

While Black Lives Matter protests have been sweeping major cities across the country, the presence of federal agents in military gear in Portland and their sometimes violent clashes with protesters has put a spotlight on Oregon.

Videos of federal agents in unmarked vans detaining peaceful protesters in the city prompted outrage at the Trump administration.

Trump has said he sent federal agents into Portland in an attempt to “quell” unrest at the protests, though Oregon leaders accuse the administration of violating the state’s public right to “safety” and “peace.”

A lawsuit filed by Oregon’s attorney general claims that the federal agents are injuring citizens by taking away their “ability to determine whether they are being kidnapped by militia or other malfeasants dressed in paramilitary gear.”

Earlier this week, Brown announced that there would be a “phased withdrawal” of federal agents from Portland as a result of an agreement she made with Vice President Mike Pence and other officials.

“These federal officers have acted as an occupying force, refused accountability, and brought violence and strife to our community,” Brown said in a statement. “Beginning Thursday, all Customs and Border Protection and ICE officers will leave downtown Portland, and shortly thereafter will begin going home.”