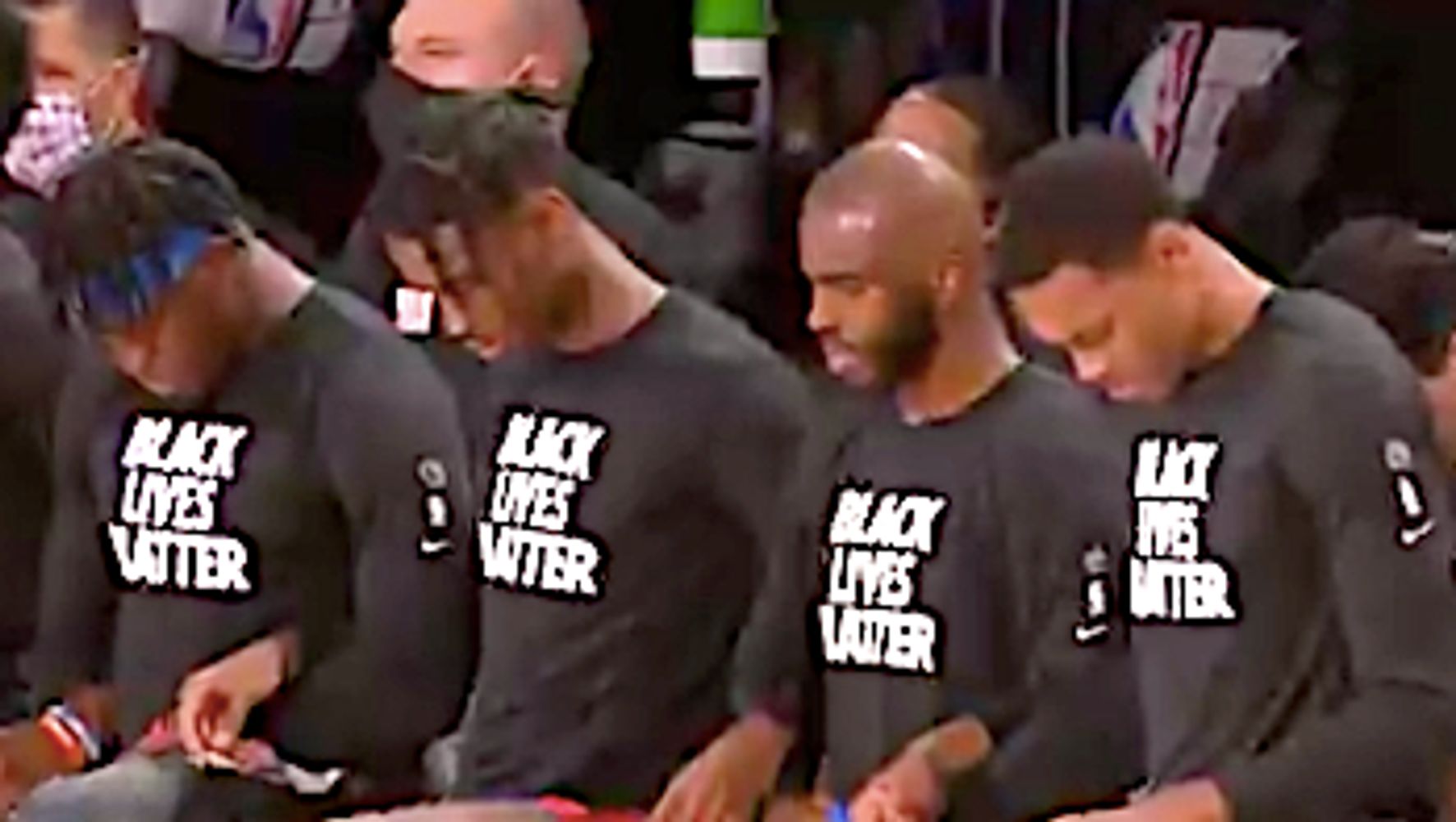 Every player on the Oklahoma City Thunder took a knee during the national anthem before their Saturday game, following a state lawmaker’s threat to rescind the NBA team’s tax benefits if players engaged in the protest against racism and police brutality.

Players from the opposing team, the Utah Jazz, also kneeled before the game at Disney’s Wide World of Sports in Orlando, Florida.

The team posted a video of the protest on Twitter.

Thunder guard Chris Paul, the president of the National Basketball Players Association, said later that it was “special to do that together, as a team.” Paul helped negotiate a deal with the NBA to allow players to wear social justice messages on their jerseys.

Thunder Head Coach Billy Donovan said, “You see a lot of the social injustice that takes place” in players’ lives. “We just want to be behind these guys in terms of constantly fighting for equality all the way around.”

The action came after state Rep. Sean Roberts, a Republican, threatened to “reexamine” the team’s tax benefits in Oklahoma if players took a knee. He said the action supports the Black Lives Matter movement, about which he made some wild claims.

“By kneeling … the NBA and its players are showing disrespect to the American flag and all it stands for,” Roberts said a statement.

The “anti-patriotic act makes clear the NBA’s support of the Black Lives Matter group … its ties to Marxism and its efforts to destroy nuclear families,” he added, threatening, “Perhaps we need to re-examine the significant tax benefits the state … gave the Oklahoma City Thunder organization when they came to Oklahoma.”

NBA rules require players to stand during the anthem, but league Commissioner Adam Silver said Thursday that he would not enforce the regulation at this moment in history out of “respect” for the teams.

Almost all NBA players in the nation have been taking a knee during the anthem since games began on Thursday.