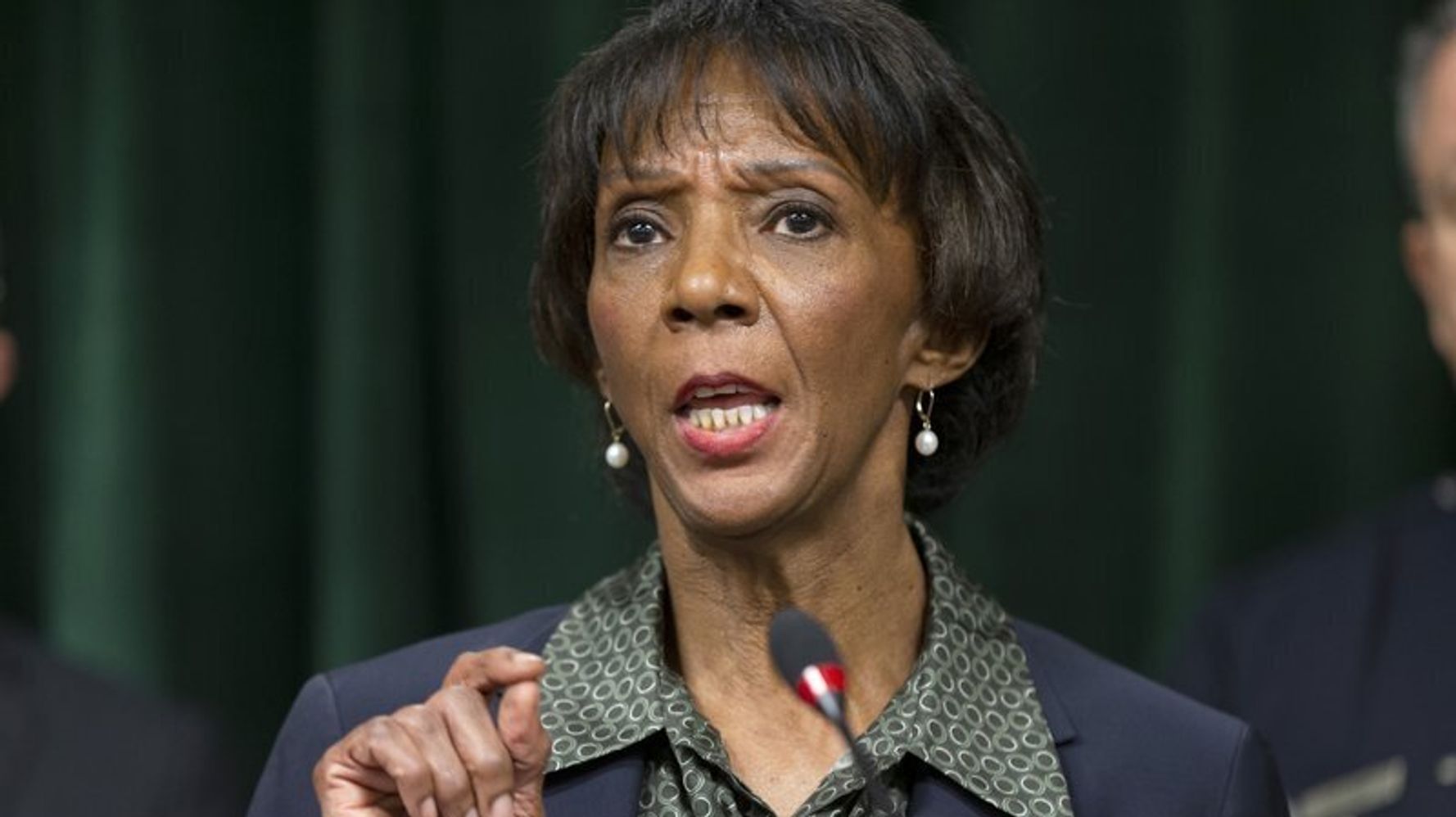 LOS ANGELES (AP) — The husband of Los Angeles District Attorney Jackie Lacey has been charged with pointing a gun at Black Lives Matter members who demonstrated outside the couple’s home the day before she faced a primary election in March.

The state attorney general filed three misdemeanor charges Monday in Los Angeles Superior Court against David Lacey for assault with a firearm for the March 2 incident.

Lacey, 66, pointed a gun at demonstrators who protested outside the couple’s home before dawn on March 2 and said “I will shoot you,” according to video of the incident.

Jackie Lacey offered an emotional apology at the time, saying her husband told her he pulled the gun and told protesters to leave.

Lacey’s campaign issued a statement Tuesday saying her husband thought they were in danger and was trying to protect them.

“The events that took place earlier this year have caused my family immense pain,” Lacey said in the statement. “My husband acted in fear for my safety after we were subjected to months of harassment that included a death threat no less than a week earlier.”

Lacey, the first Black person and first woman to run what is the nation’s largest local prosecutor’s office, has been targeted for nearly three years by Black Lives Matter protesters, who have held weekly demonstrations outside her office calling for her ouster. The protests were once small, but have numbered in the hundreds and thousands after the Minneapolis police killing of George Floyd.

Protesters claim she has failed to hold law enforcement accountable in fatal shootings. She has charged one officer in a fatal on-duty killing, but has declined to file charges in more than 340 other fatal shootings.

Melina Abdullah, who is the victim named in count one of the criminal complaint, declined to comment but said she would hold a news conference Wednesday afternoon before Black Lives Matter’s weekly “Jackie Lacey Must Go” protest outside the Hall of Justice.

Lacey faces a runoff in November for her third term. She is being challenged by former San Francisco District Attorney George Gascon, a longtime police officer and former chief who vows to reform the office.

David Lacey, who is also Black, was an investigative auditor with the DA’s office until his 2016 retirement. He was seen in video shot by protesters telling them: ”I will shoot you. Get off of my porch.”

His attorney issued a statement saying they were disappointed that he was charged with a crime, but they wouldn’t discuss the facts at this time.

“We disagree entirely with their assessment, but we have the utmost faith in the justice system, and we are confident that the correct result will be reached,” attorney Samuel Tyre said. “My client’s human instinct is forever and always to protect his wife and his family and to keep them safe from physical harm.”

The charges were first reported by Politico.