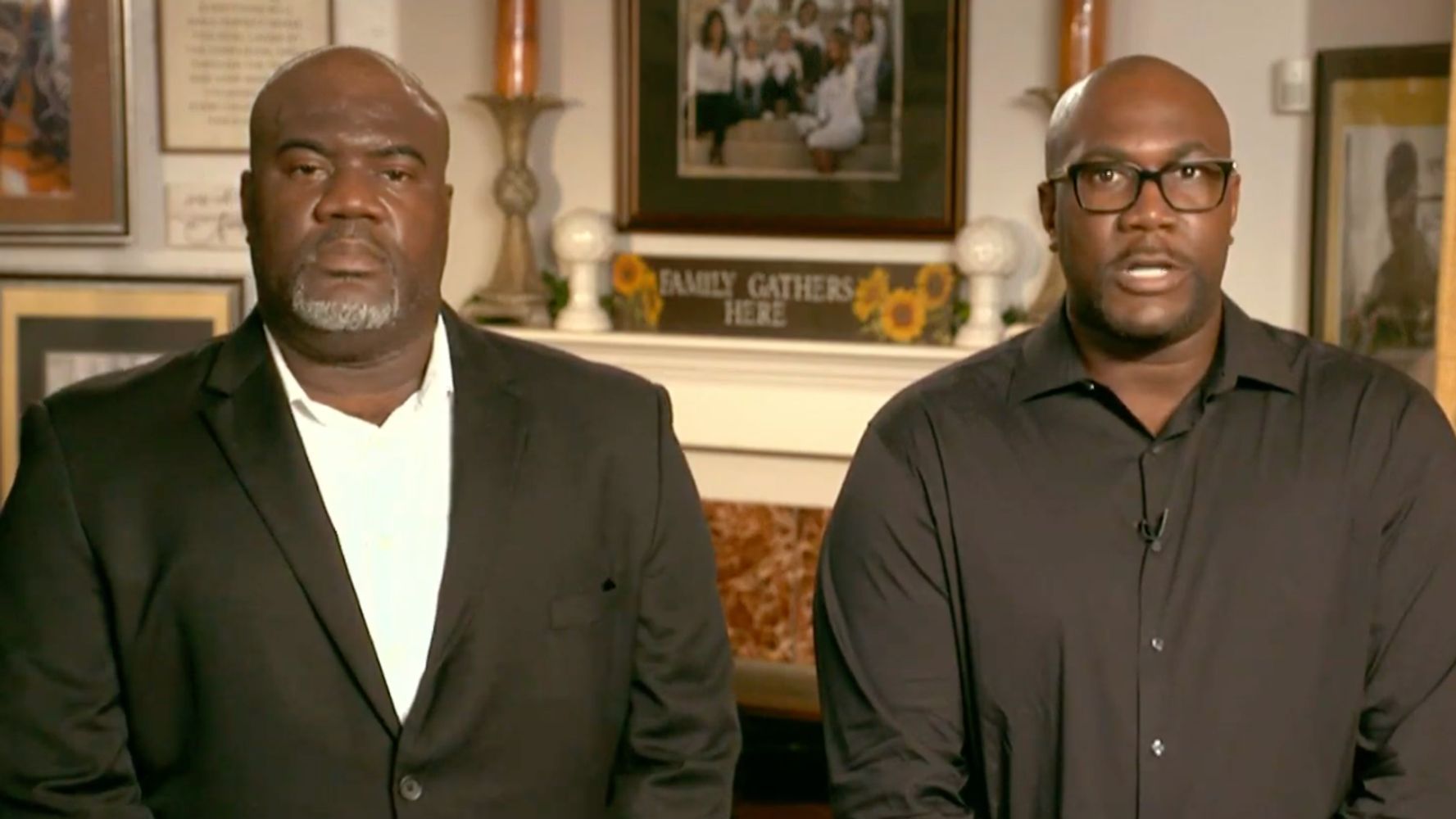 “My brother George was selfless,” he said as he sat beside his other brother, Rodney, who did not speak during the remarks. “He always made sacrifices for his family, friends and even complete strangers.”

He continued: “George had a giving spirit ― a spirit that has shown up on streets around our nation and around the world. People of all races, all ages, all genders, all backgrounds, peacefully protesting in the name of love and unity.”

George Floyd, a 46-year-old Black man, died in May while police pinned him face down on a street in Minneapolis even as he stated repeatedly that he couldn’t breathe. His death sparked global protests against police brutality and system racism.

He called on Americans to seek justice and get themselves into “good trouble,” a phrase coined by the late civil rights activist and Rep. John Lewis (D-Ga.).

“Our actions will be their legacies,” Philonise Floyd said. “Please join me in a moment of silence to honor George and the many other souls we lost to hate and injustice. And when this moment ends, let’s make sure we never stop saying their names.”

A video of Leon Bridges performing his song “Sweeter” followed the 30-second moment of silence.