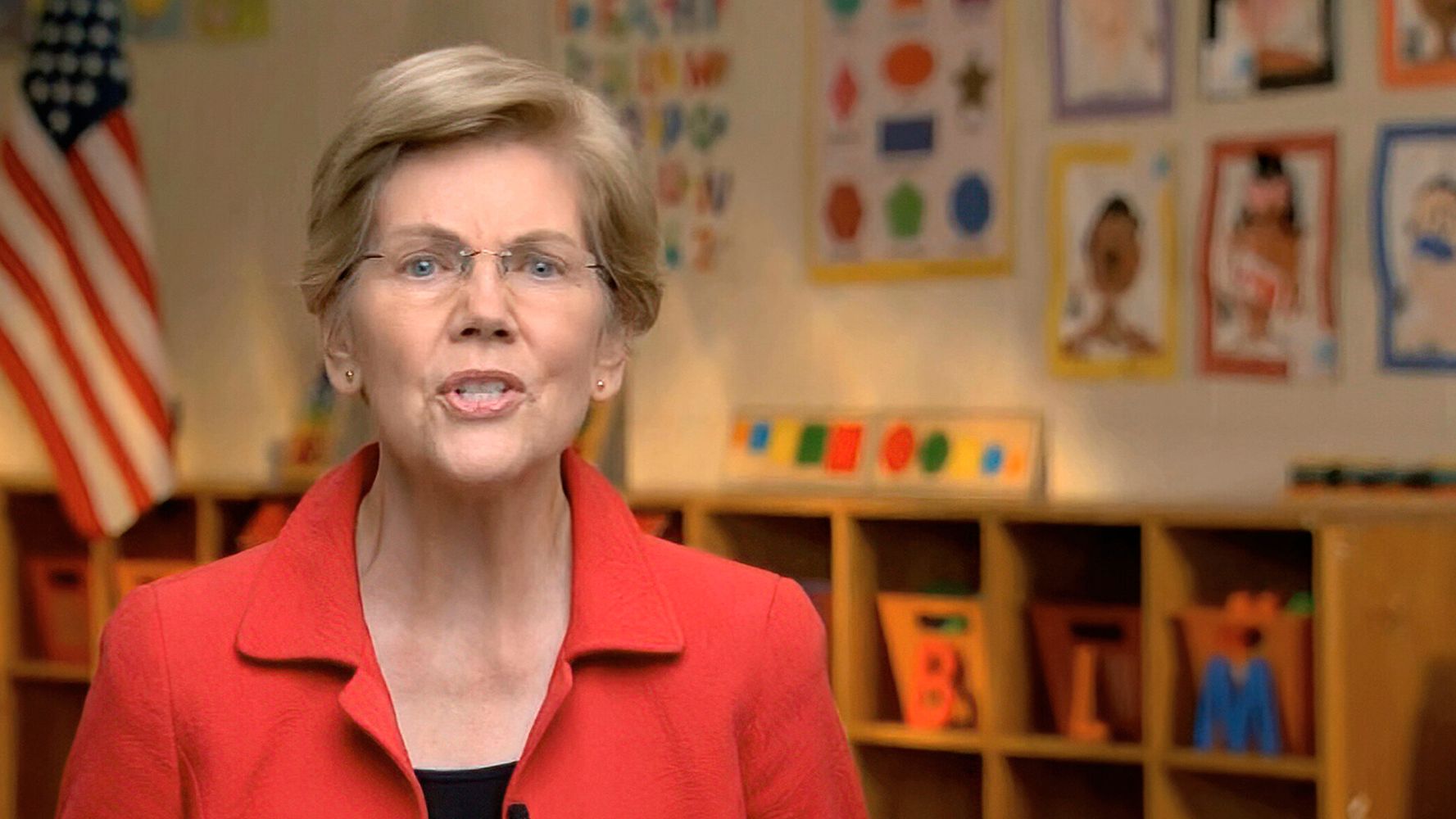 Colorful toy letters spelled out “BLM” behind the Massachusetts senator, who was speaking from a child care center.

It was an apparent homage to the Black Lives Matter movement, displayed to the Democratic Party at a time of ongoing protests against racism and racial injustice taking place nationwide.

But Warren, who ended her own presidential campaign in March, didn’t explicitly address the Black Lives Matter movement during her convention speech.

Instead, her speech was focused on the coronavirus pandemic and how the Trump administration has failed to curb the spread of COVID-19.

“COVID-19 was Trump’s biggest test. He failed miserably,” Warren said Wednesday night. “Millions out of work. Millions more trapped in cycles of poverty. Millions on the brink of losing their homes. Millions of restaurants and stores hanging by a thread.”

“This crisis is bad — and didn’t have to be this way,” Warren said. “This crisis is on Donald Trump and the Republicans who enable him. On Nov. 3, we hold them all accountable.”

Warren’s remarks also included another hidden Easter Egg in the background that referenced her own presidential campaign, which she ended in early March.

In a photo taken behind the scenes of her filmed speech, the letters “DBFH” were spelled out in green letters, representing her campaign slogan: “Dream Big Fight Hard.”