Cardi B Interviewed Joe Biden, And She Had Quite A Few Requests 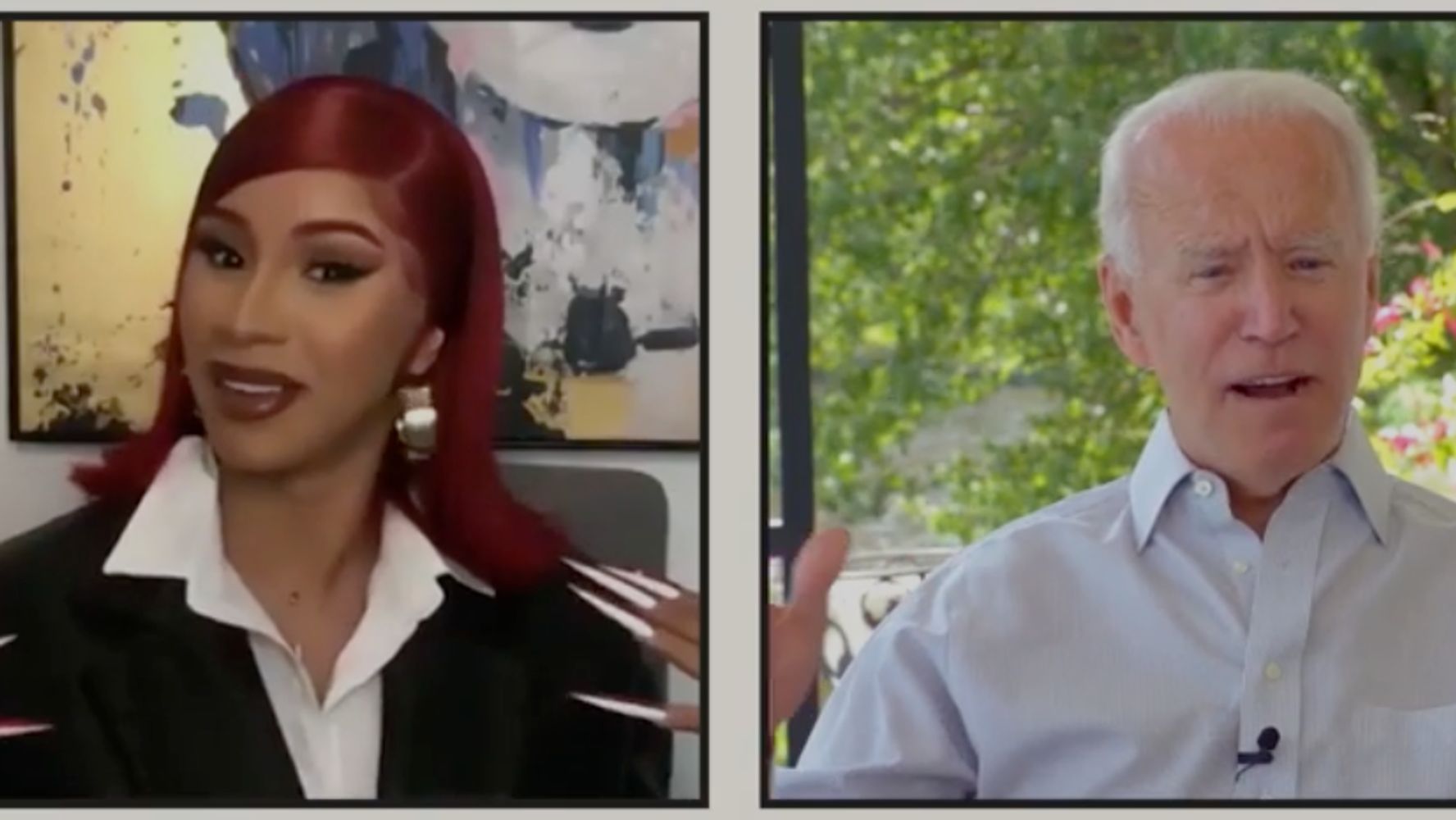 Cardi B expects a lot from her president — okurrr?

And although this is not Cardi B’s first time interviewing a political figure, she initially appeared awestruck by the situation — saying at the beginning of their virtual chat, “Oh, snap. Is this real?” and referring to the presumptive Democratic presidential nominee solely as “Biden.”

Yet after the former vice president got Cardi B to call him “Joe” and complimented her “generosity in dealing with people suffering from COVID,” the “Bodak Yellow” rapper regained her footing.

So when Biden asked what her “main interest in terms of this election” was, Cardi B didn’t just have one issue she wanted to discuss.

“I have a whole list of things that I want our next president to do for us,” she said — naming issues such as affordable child care, free college tuition, free Medicare and “laws that are fair to Black citizens and that are fair for cops, too.”

Still, she didn’t think any of these issues could be resolved without checking off the first item on her list.

“But first, I just want Trump out. His mouth gets us in trouble so much,” she said.

The former “Love & Hip Hop” star emphasized how much damage she feels Donald Trump’s presidency has done to the nation and cited his handling of the COVID-19 pandemic as an example.

“I don’t want someone to lie to me and tell me that it’s OK not to wear a mask, that everything is going to be OK,” she said. “I want a president to tell me what the steps are for us to get better.”

“There’s no reason why we can’t have all of that,” Biden responded. “Presidents have to take responsibility.”

“I understand one of your favorite presidents is Franklin Roosevelt. Roosevelt said the American people can take anything if you tell them the truth. Sometimes the truth is hard. But right now, we’re in a position where we have an opportunity to make so much progress. The American public has had the blinders taken off.”

The two also discussed how Trump’s presidency has exacerbated racial, socioeconomic and political divides in the nation — so much so that Cardi B said she knew people who “couldn’t even celebrate July 4th, because not everybody feels like an American.”

Biden said he believes Trump thrives on this rift.

“He’s promoting hatred, prejudice, racism,” Biden said. “Talking about protecting the Confederate flag when Mississippi takes it off their flag. This is all about the game of making people hate each other. Because that’s how he wins, by dividing us.”

Yet Biden also offered Cardi B some hope.

“I have a friend in Mississippi, Bennie Thompson, a very well-known congressman, an African American,” Biden said. “He called me two weeks ago. He said, ‘Joe, I just came from a protest. There were as many white kids marching as Black kids. This is Mississippi, Joe. Things are changing.’”

“The reason I’m so optimistic is because of your generation. You’re the smartest, the best educated, the least prejudiced, and the most engaged generation in history. And you’re going to change things. I really mean it!”

Yet, he also stressed that young, politically engaged people need to do one important thing to elicit change: vote.

“In 2016, if 18- to 24-year-olds had voted in the same percentage as the rest of the population, there would have been 5.2 million more votes,” Biden told the rapper, who is now 27. “We wouldn’t have [Trump]; we would have had Hillary Clinton. The vote matters. That’s why you keep talking to people about the need to vote. Your generation can own what happens in the next election. They can change things dramatically if they show up and vote.”

Check out the full Cardi B and Joe Biden Q&A at Elle.